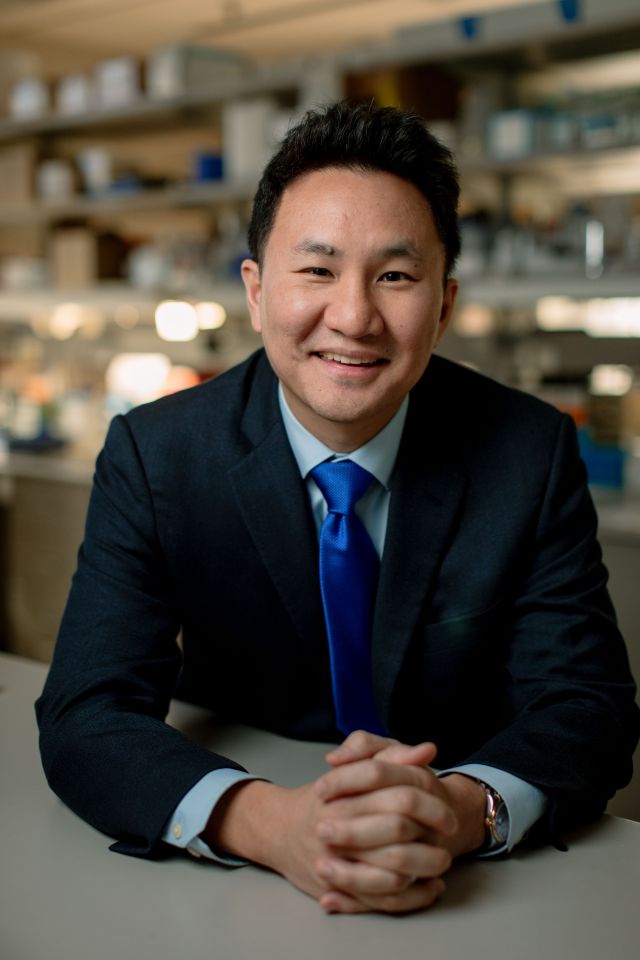 We are pleased to announce the appointment of Dr. Hon Leong, Associate Professor, to the Department of Medical Biophysics.

During his Ph.D. training, Dr. Leong was awarded several prestigious awards such as a CIHR studentship in transplantation, a Canadian Blood Services studentship in blood transfusion medicine, the Michael Smith Foundation of Health Research Ph.D. award, and the British Heart Foundation Bursary award. After completing his Ph.D., he shifted to cancer research and was awarded various fellowship awards (CIHR, CBCF), culminating in being the first Canadian recipient of a U.S. Army Department of Defense Prostate Cancer Research Program Fellowship.

In recognition of his pioneering work in translational prostate cancer research, Dr. Leong has received many awards and honors, being awarded the Movember Rising Star Award in 2013 and again in 2016, the only researcher to have been honored twice. He was named Department of Surgery Outstanding Scientist in 2015 at the University of Western Ontario as an Assistant Professor ('14-'16). He was also awarded the New Investigator Award in 2016 by the Kidney Foundation of Canada for his work on kidney stone drug treatments. At Mayo Clinic, Dr. Leong was Director of the Urologic Sciences laboratory ('16-'19).

In addition to his research activities, Dr. Leong is active in education and provides mentorship to many urology residents, clinical fellows, graduate students and postdoctoral fellows, with some of these individuals going on to form their own laboratories.